Agriculture is the cornerstone of livelihoods across the world. Across much of Africa and South Asia, where small-scale farmers’ livelihoods depend on the food they can grow, climate change has worsened the risk of drought and unpredictable weather, increasing barriers to opportunities for a better future through agriculture.

The University of California, Davis, has established the Resilience+ Innovation Facility to spark inclusive agricultural transformation among small-scale farmers in Africa and South Asia with a $5 million five-year grant from the Bill & Melinda Gates Foundation. The facility will design and scale integrated approaches that support farmers in becoming more resilient to climate-related shocks, which can also unlock their ability to transform their livelihoods through agriculture.

“We’re bringing together all of our learning over the past decade to build a concentrated set of efforts we believe will have an outsized impact for rural families around the globe,” said Michael Carter, distinguished professor of agricultural and resource economics at UC Davis and director of the facility. 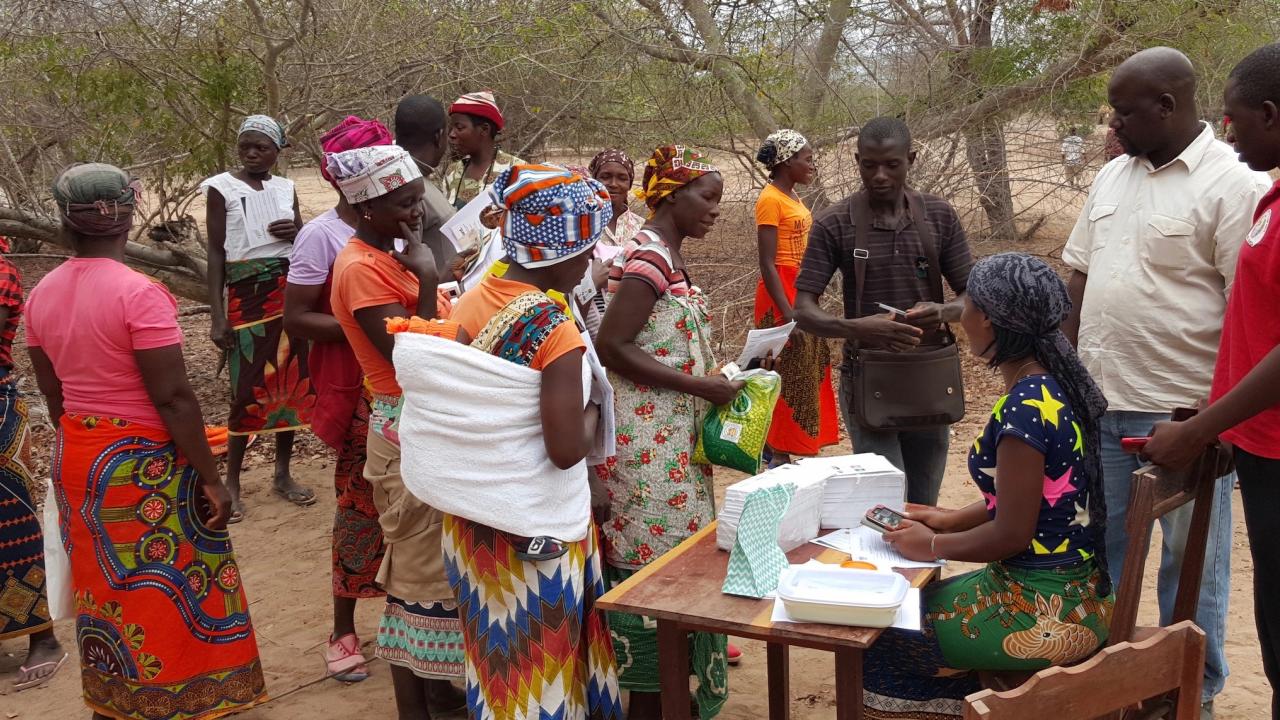 Small-scale farmers in Africa and South Asia face an increasing risk of extreme weather like drought or flood that in any year can destroy their livelihoods. Facing these risks, farmers hold back from investing their scarce resources into improved practices or crop varieties because they can’t risk losing everything.

Agriculture is the main source of food and income for millions of people around the world, most of whom farm small plots of land. These farmers are also among the most vulnerable to increasingly extreme weather caused by climate change, limiting their opportunities to benefit from decades of international investments in improving farming practices and technologies to grow more food.

As an agricultural economist, Carter’s research has focused on barriers that keep small-scale farmers from improving their livelihoods or even having enough food to eat. In field studies from around the globe, Carter has consistently found that a high risk of a shock like extreme drought often holds farmers back from investing their scarce resources into improved practices or crop varieties because they can’t risk losing everything.

Carter has also found that when agronomic or financial tools reduce the risk of loss or provide support when times are bad, farmers make those investments, and they reap the rewards at harvest. These two together—resilience to shocks and investments that drive higher productivity—are the foundation of what Carter calls “Resilience+.” Sparking Resilience+ can transform agricultural productivity while underwriting more general economic development.

"We have seen that Resilience+ can lay the foundation for an inclusive agricultural transformation,” said Carter, “meaning that all rural families, even those who have in the past been left out of broader growth, can improve their food security and their future.”

In an initial two of eight potential projects, the facility will design and deploy flexible bundles of risk-management tools that show the most promise of generating Resilience+. These projects will be designed to especially reach women and younger farmers who typically manage climate-related risk in ways that undermine opportunities to get ahead.

Field studies have shown that sparking Resilience+ is possible. Most recently, in Mozambique and Tanzania Carter led research in partnership with the International Center for Maize and Wheat Improvement (CIMMYT) to test stress-tolerant maize seeds bundled with insurance that guarantees seed replacement. The bundle significantly increased maize yields as well as farmers’ investments in improved seeds that drove higher yields than ever just a year after losing crops to drought.

“The Resilience+ Innovation Facility is an outstanding example of how UC Davis faculty can leverage their world-class research to transform people’s lives,” said Helene Dillard, dean of the College of Agricultural and Environmental Sciences at UC Davis. “We anticipate a bright future of success for Michael Carter and his partners in this venture.”

Scaling the Potential of Resilience+

The facility will implement its two initial projects at scale through partnerships with in-country private-sector companies led by BFA Global. BFA Global is a consulting firm that applies financial and digital innovation, venture building and investment expertise to improve the resilience and wellbeing of underserved people. BFA Global will build the business case for the facility’s work so it can become self-sustaining in the long-term.

“We know that digital and financial tools can be powerful drivers of agricultural transformation, especially for small-scale farmers,” said Amolo Ng’weno, CEO at BFA Global. “It is critical that these efforts to develop and implement integrated approaches that support farmers become sustainable as businesses so they can continue to transform families, communities and even local economies.”

The facility’s approach is based on past and ongoing research funded by the U.S. Agency for International Development (USAID). This research included the design and field testing of approaches for small-scale farmers to manage risk without long-term consequences.

“USAID investments in research have made the Resilience+ Innovation Facility possible,” said Carter. “With the support of the Gates Foundation, we can now apply lessons from this research to spread the benefits of Resilience+ on a large scale.”

The Gates Foundation grant is an initial investment meant to spark additional funding to expand the facility’s work to the full portfolio of eight shovel-ready, pathbreaking ideas. The facility is also seeking partners through an innovation grant fund.

“The virtuous circle of Resilience+ can quickly become self-reinforcing,” said Carter. “That is the reason we are focusing on what we know can unlock inclusive agricultural transformation for small-scale farming families.”